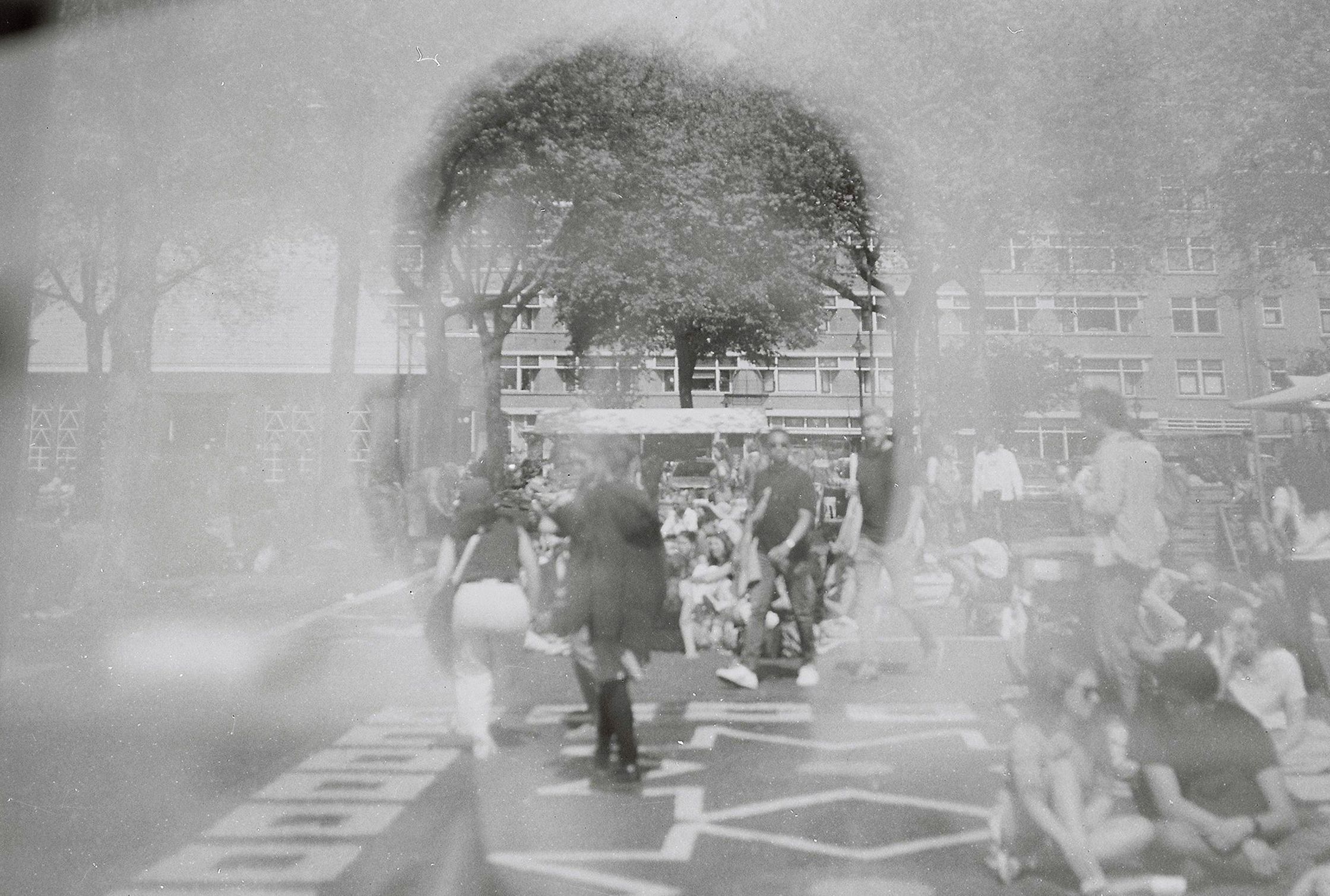 We sat down with Arnaud Bresson, better known as L’Indecis, a hip-hop producer from France, to see what life is like as a musician.

In October 2020, in between the first and second lockdown, Arnaud decided it was time to leave his hometown of Grenoble and move to Rotterdam. It was something he wanted to do for a long time, but after he broke up with his girlfriend a year prior, the decision was made. ”I wanted to move to speak more English, see a different culture, be in a new environment. I also liked the people I met here a lot.” He was already working with Chillhop at the time, so it just made sense to get closer to his musician friends here in Rotterdam. Coming to Rotterdam during COVID was actually not that bad, he explains. He didn’t feel the urge to go to parties, so he just spent more time alone. He was getting to know the city by just biking and walking around aimlessly.

Now, almost 2 years later, he has settled down in the city, creating a nice routine for himself. Getting up around 8 or 9 in the morning gives him time to have a slow start of day and a good breakfast. Afterwards it’s time for a workout; bouldering. Sometimes he likes to work in the morning for Chillhop on their Twitch Channel, make new music or learn to play piano.

“When I practice piano, I like to plan it in the morning, so I don’t have to plan everything around it.”

Ticking off all these things in the morning leaves space for him to plan the rest of his day as he sees fit. After lunch everything depends on the Dutch weather, he says. On a nice day, he’ll visit some friends or bike around town. “It’s the good life”. If the weather is less good, he’s working on music. “But to be honest”, he says, “music doesn’t feel like work”.

How it all started

In 2014, when Chillhop was still a Youtube channel, Arnaud was already producing music. He had around four tracks from his Monday Chill project when he asked the owner of the channel, Bas, if he was interested in uploading some of it. After more releases this collaboration resulted in his popular EP ‘Playtime‘, including ‘Soulful’, his most streamed track to this day. Of course he is very grateful for all the positivity surrounding the track. ‘Soulful’ was actually his favorite track on the album, so it’s still very close to his heart. But on the other hand this ‘fame’ inevitably made way for some challenges.

”The downside to having a successful song is the psychological aspect. With ‘Second Wind’ I almost tried to reproduce that type of music. Like: now I have to do this type of music, because that’s what people are expecting of me.”

It was difficult for a little while, but he has now let go of that idea, and just makes the music that he loves to make. If another track will be as successful, it’s a bonus. If it doesn’t happen, it’s also good. He is convinced it’s better to create music when you feel like it, because the end result will always be better.

Challenges of a musician

Being surrounded by musicians, Arnaud sees the challenges a lot of them face, himself included. Majority of musicians are struggling to get their name out there, they are often guided to make music that speaks to the public, rather than developing their own sound.
Arnaud handles this in his own way. “I always made music as a hobby, while still working on the side. For me it helped to keep me motivated.” He was still working for an IT company in the beginning. At a certain point he generated the same income from his music as he did from his job, so that was the time to quit his job and focus solely on music. Even then, still approaching it as a hobby. “I just make the music I like listening to.”

His process did change a little bit, though. Arnaud has always been a perfectionist, hence the name ‘L’Indecis’ (transl.: the indecisive). “I’m still a perfectionist. It’s terrible, but it’s also my strength, because I know it will be clean.” However, with his latest album ‘Ring the Bell’ he decided to focus on not overthinking and to finish tracks with less back and forth. “I just thought of the name, put a bell on the cover and that was it. Done.” Of course this doesn’t eliminate his perfectionism altogether, but it was definitely a nice album to work on and be proud of.

Ever since he started making music, he has been working on it every day. Until about a year ago, he decided he needed more space to do what he feels like doing, which isn’t necessarily always music.

There are many things aside from music that Arnaud is passionate about. He enjoys market trips, exercising, cooking good food, biking somewhere random to clear his head, discovering new areas, solo travels, videogames… “In general I like doing stuff by myself, not feeling pressured to see people. And sometimes it’s the opposite and I really feel like meeting with people”.

Currently the hobby that he’s most passionate about is photography. His father was a keen photographer, which made Arnaud excited about it too. He bought a camera 10 years ago, with which he had always liked to shoot photos of friends and trips. But a few years ago he bought his first analog camera, which sparked something bigger. The manual way of photography is more exciting, because you never know what you’re gonna get when you take the shot. It’s always a surprise. “It’s not like you take ten of the same shots and just choose the best one. You only take one picture of something.”

ow Arnaud creates his own album artworks, merging his love for music and photography. On September 16th he will be releasing his new album “Windmills in my Head”, which will be a 7-track ambient album. As the title implies, this album is about the move to Rotterdam and how it affected him to be away from friends and family.

“‘Windmills In My Head’ tells about how I experienced all this, from the first walks in my neighbourhood, to the bike trips across the country, the coming back home, the healing, and the meeting of someone special to me.”

The album cover (below) is an original analog photo that Arnaud took with the help of his girlfriend. Shot with a Pentax MV1, with B&W ILFORD XP2 400 film.

Along with the release of his next album, he will be hosting an event at our Endless Sunday Cafe, showcasing and selling his favorite work, while promoting the new album. This release party will be hosted on September 17th 2022, at Raampoortstraat 34A in Rotterdam. The proceeds of his prints will be donated to charity.

x
We save your email and cart so we can send you reminders - don't email me.

We use cookies to personalize content and ads, to provide social media features and to analyze our traffic. More information.